We utilize an extensive network of forensic accountants, financial experts, and tax professionals to offer our clients comprehensive representation that encompasses all legal issues that arise when a business is divided. This includes addressing issues related to business valuation, location of business assets, debt allocation, tax consequences (both business and personal), and all other matters associated with business division and high net worth divorce.

According to Georgia’s Supreme Court not only the business that was formed during the marriage will be considered as marital property but also a pre-martial business in which your spouse contributed will also be subjected to equitable division.

That means although your ex-spouse’s business wasn’t formed during the marriage, if you contributed to increasing that business in any terms, with proper legal assistance, you can get a 50% share of that business.

After the business has been deemed marital property, the court moves to assign it a value. One of three methods might be used for such purposes: capitalized earning method, market approach method, or cost approach method.

Our lawyers are well-connected with accountants and business valuators that can help you assess the correct values of the assets. These professionals can provide the court with facts and figures that can remove any uncertainty regarding an asset’s value.

Once the value has been assigned, the presiding judge may advise several methods for the division. Business doesn’t need to be split in half, but the business interests. That means you can buy your ex-spouse’s share and still keep the ownership of the business.

For example, for professional services businesses, the equitable division is not possible if your spouse doesn’t have that profession. Hence, the court might order you to pay out the amount of your spouse’s share.

However, even if your business is nominated as marital property, it doesn’t mean that it will be divided equally under all circumstances. Different rules apply to different situations. Reach out to us to discuss your situation and we can help you find the right solutions.

Our attorney has all the necessary experience in dealing with the following professional businesses:

Private Businesses like high-technology companies are to be divided equally between both spouses if the business is deemed marital property. Even if one spouse owned the business before marriage, if the value of business increases during the marriage by the effort of both spouses, it may still be subject to equitable division.

If this business is deemed marital property, it may also be subject to division. Even if it was a separate business started before marriage, if your spouse worked as an employee or assisted in corporate matters that led to appreciation in the value of the business, the spouse is entitled to a considerable percentage of the business.

Professional services can only be owned by the spouse that is licensed to that profession. However, that doesn’t mean one spouse keeps all and the other gets nothing. The spouse keeping the ownership has to pay the number of shares to the other spouse.

These practices are also considered professional services practices that can only be owned by the licensed spouse. The only case in which they won’t be deemed marital property by the court is if they were in name of one spouse and the other spouse had not contributed to increasing its value.

Otherwise, there will be a division in shares that have to be paid by the spouse that’s owning the business. The amount will depend on the value of contributions made by both spouses in appreciation of business value. It may not always be 50-50.

Legal practices are also owned by licensed professionals and can’t be divided between spouses directly. In case of divorce between such professionals, the case becomes complex as the valuators have to figure out the correct value of the business and the contribution of both spouses. If the increase in business value came because of the effort of both spouses, the business interests will be divided between both, which will lead to one spouse buying back interests from the other.

Divorce in farming families presents a unique dilemma because a lot of factors are to be considered before deeming the property as marital. If the property is owned by inheritance, it will be deemed as separate property and won’t be subject to division.

A lot of factors come into play when it comes to ownership of real estate. Usually, the couple signs an agreement between themselves with help of their attorneys. However, if the real estate interests are deemed marital property, one spouse who wants to retain ownership will have to buy out the other spouse’s interests.

The process of dividing businesses or professional practices in divorce is riddled with nuances and intricacies and requires the services of an experienced divorce attorney in order to ensure you receive your equitable share of the business’ value.

At the Law Office of Samuel E. Thomas, our Athens GA business division lawyer works with business owners, many types of professionals and their spouses to find ways to equitably divide business interests. When Samuel E. Thomas represents you, you gain the peace of mind that comes from knowing an experienced attorney is working on your case at all times. 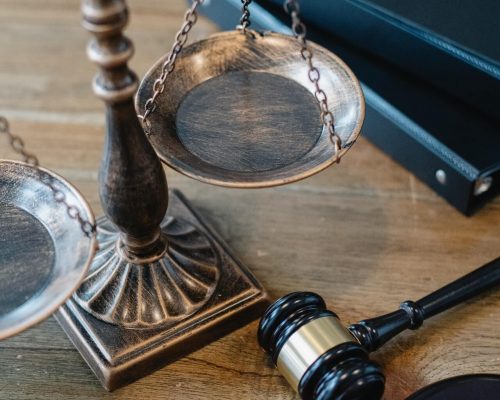